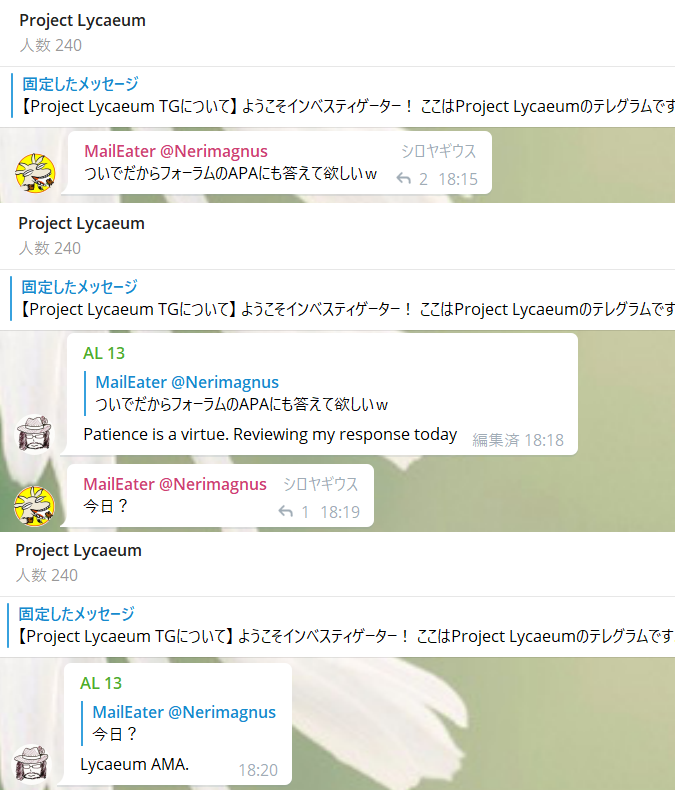 Q1. do you have any experience with any musical instruments, as you do in the 1218 Universe? 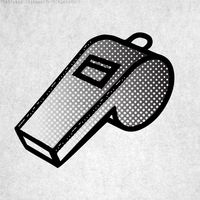 Q2. have you heard anything from Nemesis since they left Osiris?

Not a peep from Nemesis since they left, no. And I'm honestly a little surprised they held up their end of the bargain. I guess what they did helped us in the end, but it's clear they only did it because it also helped themselves. The fact that we were strange bedfellows by the end doesn't mean I trust them. But, hey, anybody can change, right? If they're really running around the multiverse fighting the Exogenous, maybe the experience will change them for the better. I may not trust them, but I certainly don't wish them ill.

Q3. do you know when Epiphany night happened in Nemesis Universe?

I do not. All I know is what you know, the 28 Days that followed it. But I don't know precisely when it happened.

Q4. Have you been contacted by 1218PAC after Abaddon Prime?

I have not, and frankly, I'm not mad at that. Like, don't get me wrong, he seemed like a perfectly good guy, and I'm not gonna lie and say it wasn't kind of thrilling to see a version of myself who took a different fork in the road. But, I'll be honest, on any given day, I struggle to deal with what our own world throws at me. I know there's an entire multiverse out there and that no matter what we do, we can't unring that bell... but it's kind of nice, for a change, to be back to just dealing with our own problems. That said, whatever's going on in the 1218 Universe these days, I hope my counterpart there is happy and safe.

Q5. How did you communicate with your Tethered Hand during Tessellation? By phone, email, or even telepathy?

A private chat interface that I use.

Q6. Did any other Anomaly occur in the Osiris Universe other than the 4 Prime Anomaly? For example, Obsidian, Aegis Nova and EXO5, etc.

It is entirely possible - nay, probable - that there have been Anomaly events in the Osiris Universe that most of us weren't aware of. But I, personally, only know about the ones that all of you know about it. Judging from what I've learned about the 1218 Universe, if all of those events DID happen here, our own sequence of events happened on an incredibly abbreviated timeline compared to how it all played out in 1218.

Q7. How and when did you get the cool hat you're wearing?

Q8. During Operation Ko-Lan, you called 2 Hanks at the same time. How did you achieve this? Did you use any web services?

I called a single number, and apparently it linked to both of them. Looks like they have more in common than we think. Cross-dimensional cell network is amazing.

Q9: Have you ever visited Japan?

Yes, but only very limited areas. Dr. Lightman's pilgrimage in Shikoku is next up on my list.

Q10. do you know who the person in the profile picture that 1218PAC posted on his website when we didn't yet know him was? or who do you think he is?

Whoa, interesting. I've never seen that before! Are you absolutely certain that blogger site was set up by the 1218 PAC? Because we've definitely seen evidence of inter-node travel, and a bleeding of information from one world to another. Maybe that site was set up by a third PAC from an entirely different world. Interestingly, if that's the case, it seems like this PAC is a Truthseeker too. Am I a Truthseeker in every world where I exist? You'd think that with nigh infinite universes, the points of distinction between counterparts would be just as varied. But based on what we know so far, so many of us involved in the XM investigation here seem to have counterparts who are just as invested in that line of inquiry in their own worlds. Food for thought.

Q: Have you heard about ADA whereabouts? Do you think Wendy knows something? How is Jarvis doing after Shaper's downfall? Will he try to restore his sensitivity? Will he resign as ENL leader?

Q: You think wendy is a traitor and is getting information from ADA?

Answering these bundles of question together:

Look, you know that I of all people have had a complicated history with ADA. It definitely seems like she was playing both sides against the middle last year. Or more likely she was just interested in advancing her own ends and didn't care how it ended up for anybody else.

As far as Wendy goes, I definitely wouldn't characterize her as a traitor. If anything, she's been used and abused throughout this entire process. There's been nary a second since she became involved in the XM investigation that there wasn't one or multiple individuals striving to **** her individuality away from her. Jarvis. ADA. Klue.

Honestly, I hope we've reached a point when she's finally passed all of that. All this time, we've know a Wendy who's only been half herself. I wanna get to know the whole her.x

As to Jarvis, what's come to pass in the aftermath of the Exogenous being tuned out is more or less exactly what Jarvis had feared, so my guess is he's distraught. I also think he'll do everything within his power to regain his Sensitivity, yes. I suppose you raise a fair question: Can someone who is no longer Sensitive to XM lead one of the Factions? I guess the answer to that remains to be seen. I know the Acolyte kept his seat warm for him while he was trapped in the Anomalous Bubble, and by all reports, she is still an active Sensitive. I guess it will be interesting to see if she cedes power back to her mentor in his current state, or if she'll make a play to keep running things herself.