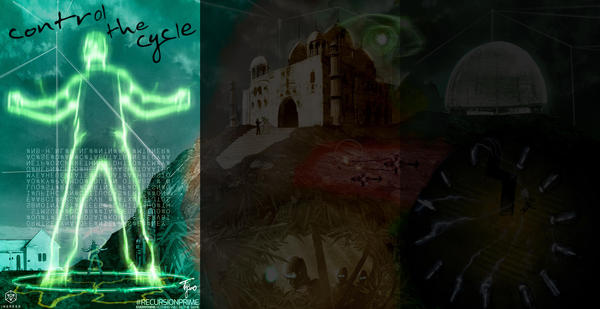 Tycho. Ghost artist. Psychic. Nobody knows who he or she is, or even if it's one person. What they do know, is that Tycho has the uncanny ability to see things people don't want seen. Secret things. Classisified things. And sometimes things that haven't even happened yet.

This person has been a massive thorn in the NIA's side. And as far as I'm concerned, that makes Tycho a friend of the family... But unfortunately, not one who makes things easy.

Cryptic messages. Codes. Hidden details. Tycho's going to be a resource for us, that I'm sure of, but we're going to have to put in some effort too...
Transcript
Control the cycle

Anomalies. Once you absorb the quantum-speak from the physicists, one thing ends up crystal clear. They are forks in a dimensional road. A chance to control the dice of the universe and drive a new future into being. I intend to take advantage of that. save parts of the me that exists now for the me that is yet to become. Because this nomad's journey is not over yet. Not by a long shot.

Tycho
#RECURSIONPRIME
EVERYTHING NOTHING WILL BE THE SAME