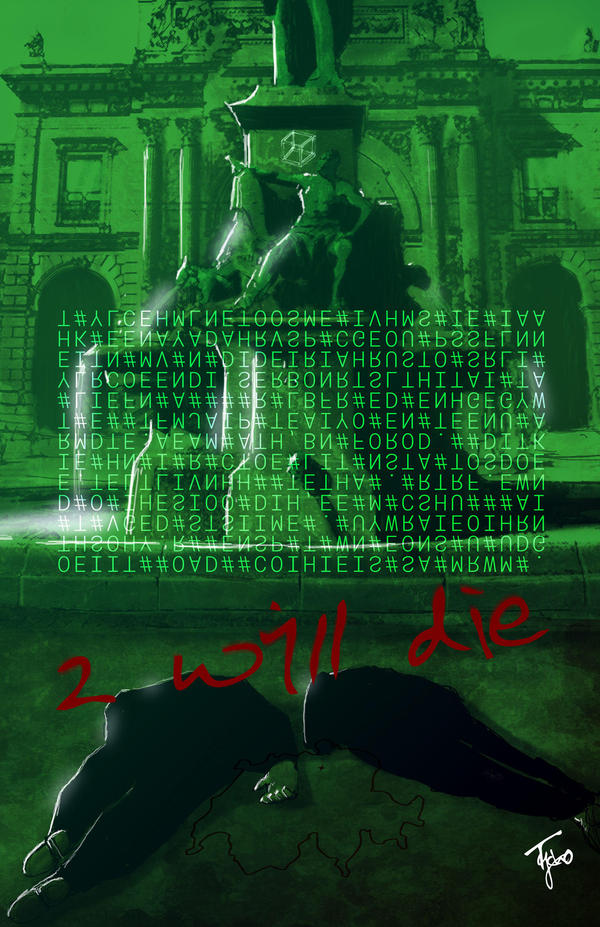 Two Will Die
You familiar with the term 'Spin Doctor?'

One of Tycho's predictions that we know came true. Two dead in Zurich. Fallout from Epiphany Night. One of those two dead? Roland Jarvis. Niantic Project researcher. A sculptor.

They tried to kill him. They only made him stronger. He's in the Ingress Scanner. He is walking the earth as if nothing happened. How?

Transcript
2 will die
They tried to kill me. They tried to silence the voice of enlightenment: they have failed. My name is roland jarvis and I am not dead. I chose this path in order to discover the impossible, the improbable, the infinite. I carry the weight of a universe on my shoulders. We must not cross the darsana point. This is the true message of our friends. I will guide humanity toward an awakening.
Tycho