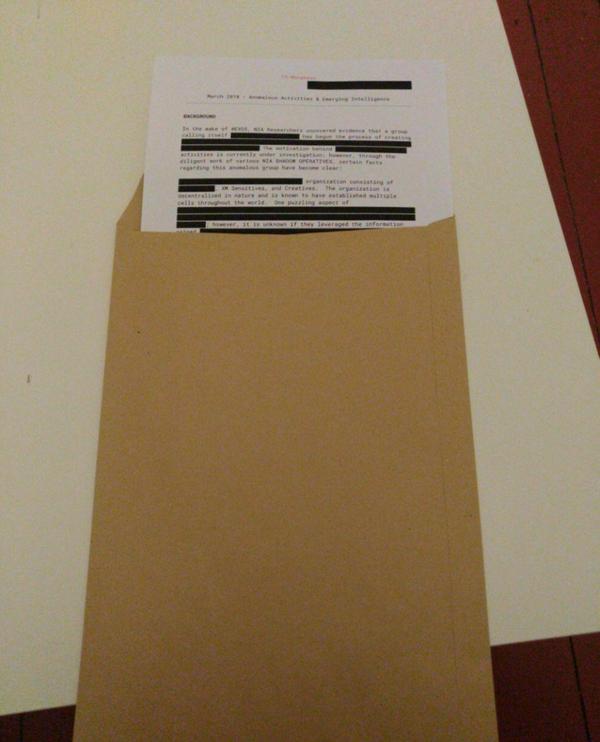 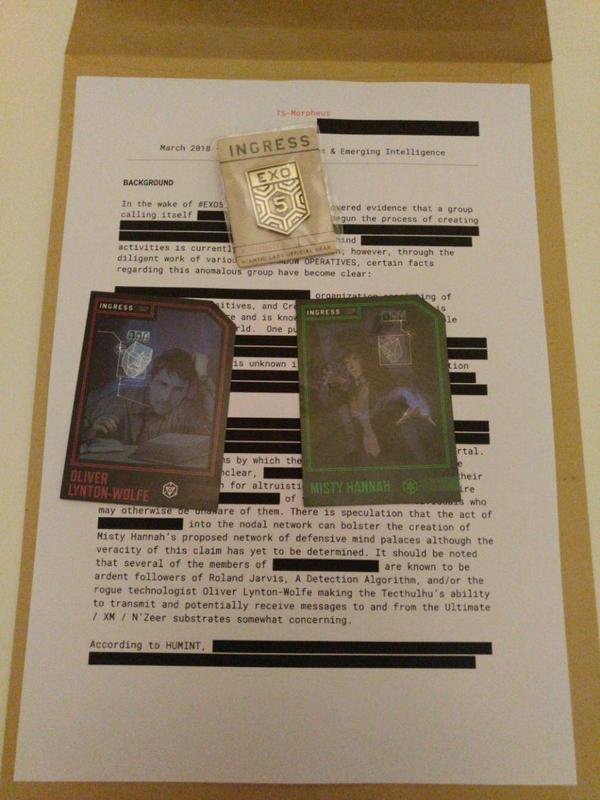 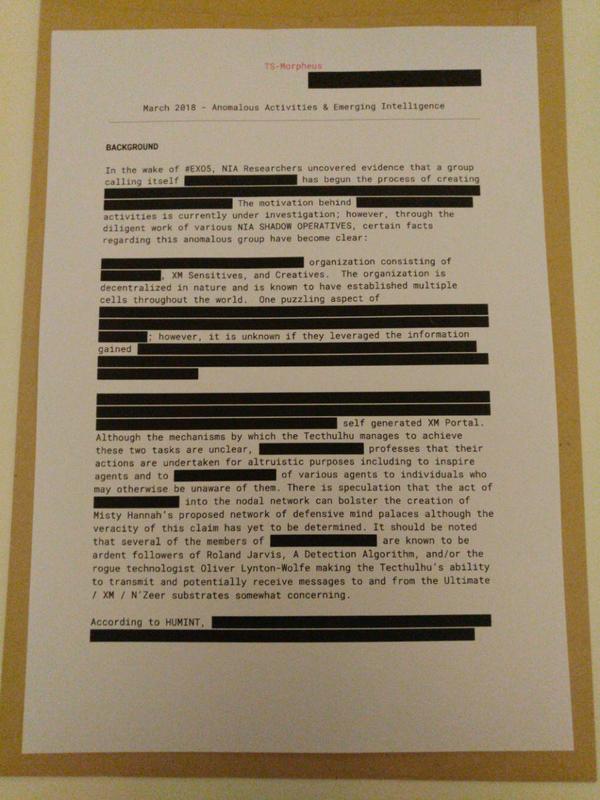 Melissa Wikkedimp
2018/03/20 08:49:08
I'm being watched. I didn't think I was that high up the chain to notice, but....
I noticed a black van sitting on my usual evening route home. I kinda got a little scared when the passenger door opened and a man stepped out. In his hand was this Manila envelope.
He handed it to me and said, 'You'll know what to do when the time is right."
He hopped back in the van and left me. Standing there. Dumbfounded.

In the wake of #EXO5, NIA Researchers uncovered evidence that a group calling itself XXXXXXXXXX has begun the process of creating XXXXXXXXXXXXXXXXXXXXXXXXXXXXXX. The motivation behind XXXXXXXXXX activities is currently under investigation; however, through the diligent work of various NIA SHADOW OPERATIVES, certain facts regarding this anomalous group have become clear:

XXXXXXXXXXXXXXXXXXXXXXXXXXXXXXXXXXXXXXXXXXXXXXXXXXXXXXXXXXXX self generated XM Portal. Although the mechanisms by which the Tecthulhu manages to achieve these two tasks are unclear, XXXXXXXXXX professes that their actions are undertaken for altruistic purposes including to inspire agents and to XXXXXXXXXX of various agents to individuals who may otherwise be unaware of them. There is speculation that the act of XXXXXXXXXX into the nodal network can bolster the creation of Misty Hannah's proposed network of defensive mind palaces although the veracity of this claim has yet to be determined. It should be noted that several of the members of XXXXXXXXXX are known to be ardent followers of Roland Jarvis, A Detection Algorithm, and/or the rogue technologist Oliver Lynton-Wolfe making the Tecthulhu's ability to transmit and potentially receive messages to and from the Ultimate / XM / N'Zeer substrates somewhat concerning.