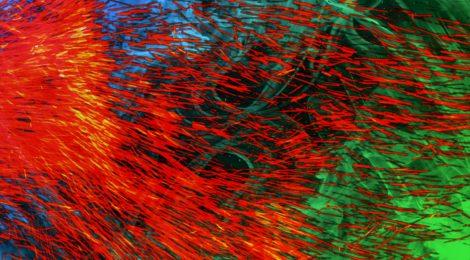 I mentioned yesterday some Anomaly Intel was headed my way... here it is.

It seems a Dark XM threat -- a Basic Research & Testing protocol -- has been detected within the Portal Network. Agents from around the world are needed to help protect the Portal Network, develop a counter-pattern and test it across a series of increasingly difficult operations.

For questions reach out to +Ingress on this post's Google+ thread. +Ingress will be the only verifiable source of clarifying information.

TOPLINE
NIA Researchers have uncovered worrying energy patterns within the Portal Network. There is very little pre-existing data to correlate them against. The most likely theory at this stage suggests a rogue, Dark XM system of unknown origin permeating the XM substrate.

This Dark XM system seems to be in early stages of development -- potentially a small scale deployment for testing purposes. This is the good news. An identification layer, when partially decrypted, yielded the signature 'BR&T' which likely stands for 'Basic Research & Testing.'

The simplicity of this system has enabled us to determine an effective response -- for now. With the help of Agents in cities around the world, we believe this Dark XM threat can be contained before it yields the results its creator hopes to achieve.

It remains to be seen if this rogue technologist will continue to pursue this dangerous and ill-ad- vised research probe. Who this person is, and how they can be stopped, remain subjects of ur- gent inquiry.

COUNTERMEASURES
We have determined the most effective method to combat this threat involves one global opera- tion and two phases of localized operations.

Our research indicates that Neutral portals are significantly more vulnerable to the Dark XM threat. In order to remediate this, the state of the entire Portal Network will be Measured and the total number of Enlightened and Resistance Portals will be recorded.

COUNTERMEASURE DEVELOPMENT: PHASE ONE:
Create 50 or more Links connected to a specific Portal.

At a Measurement time, if 50 or more Links are connected to a specific Portal, our research- ers will be able to examine the interference between the Dark XM system and the XM flowing through the Portal. This will yield a counter-pattern which can neutralize the Dark XM threat.

DETAILS OF GLOBAL OPERATION
In order to reduce the presence of vulnerable Neutral Portals within the Network, and to ensure a high-XM state within the Network for further counter-pattern development, a Global Opera- tion will be required.

On March 17th, 24th, 31st and April 7th at approximately 6PM UTC, the state of the entire Por- tal Network will be Measured. The number of Resistance and Enlightened Portals will be record- ed on each of the days outlined above.

A total of 52 cities will be involved in PHASE ONE. Each of these Operations will take place as follows:

Ingress Vanguards will disseminate information to their Faction about each city involved in this Phase. The Vanguards will receive classified intelligence from NIA researchers for their Faction's eyes only. This intelligence will reveal a specific Portal in cities where the Dark XM pattern has been detected, and a specific time window within which the state of this Portal will be measured.

Of the 26 cities active on each Saturday, 13 will be designated to the Enlightened and 13 to the Resistance.

In order to effectively develop a counter-pattern, a minimum of 50 Links must be connected to this Portal at the Measurement time. An operation of this nature is commonly referred to by Agents as a 'Starburst', 'Linkstar', or 'Supernova.'

A minimum of 50 Links are required to develop a counter-pattern, however, additional links will result in even more valuable research data, and will be rewarded as such. There is no level requirement for the Portal.

Failing to create 50 Links will yield no counter-pattern, and this city's PHASE ONE operation will not yield the intel needed to proceed to PHASE TWO.

At 100 Links, a 'restocking' Portal will be deployed in that city the following weekend. It will yield high value hacks over the course of a day, or for a limited number of hacks, whichever comes first. Above 200 Links, the quantity and quality of the restocking Portal, as well as the hack-limit, will be increased. At each 100 Link increment, the effect of the restocking Portal will be similarly scaled.

The location and time of the restocking Portal will be provided to Faction Ingress Vanguards.

PHASE TWO: COUNTER-PATTERN TRANSFER
Each city that effectively creates a counter-pattern (by creating 50 or more Links in PHASE ONE) will be given intel leading to a specific transfer pathway. This information, consisting of two new Portals which must be Linked within a specific 5-minute window, will be deployed via classified channels to Ingress Vanguards to disseminate approximately the day following the PHASE ONE operation (Sunday March 18th/25th).

Creating the Links between these two Portals will be difficult to accomplish.

On average, the distance between them will be several hundreds of kilometers, traveling through urban Portal Network environments. The complexity of this transfer is necessary in order to yield the most effective research data.

Successful transfer of the counter-pattern will be rewarded on the following weekend with re- stocking Portals in both cities involved in the transfer operation.

The location and time of the restocking Portals will be provided to Faction specific Ingress Van- guards for those cities.

RECORD OF OPERATION
A complete record of the GLOBAL OPERATION, as well as PHASE ONE and PHASE TWO operations will be maintained, and will be used to publicly recognize the Faction that contributes the greatest value to this important and sensitive research endeavor.

Having more Portals during a GLOBAL OPERATION Measurement (of which 4 will be con- ducted) will be worth 5 for a Faction.

These values will be summed after all operations have concluded, and the Faction with greatest contributions will be awarded intel for future XM Anomalies as a token of gratitude.

In addition to this Faction-wide award, 100 high yield passcodes (with 30 redemptions each) will be created. These passcodes will be rewarded to those who contribute to our research by documenting their operations and sharing exceptional sitreps on social media using the hashtag

#DarkXMCure. Truly exceptional sitreps will be rewarded more than one passcode.

POTENTIAL DISTURBANCE IN FUKUOKA
SIGINT (Signals Intelligence) indicates that the rogue technologist may be planning an addition- al, localized test of the Dark XM technology. The intel indicates that this test may be conducted during the XM Festival in Fukuoka.

In order to defend Agents participating in the XM Festival from potential Dark XM exposure, a series of XM Shards will be loaded with counter-patterns and deployed.

Agents of both Factions will be able to use these Shards if necessary should the Dark XM threat be detected. Their use of these Shards successfuly for a defensive operation in Fukuoka will have a value of 2 for the Faction with greater performance during this Flash Shard Anomaly.

Further Anomaly Intel will be distributed prior to the XM Festival to specify the details of this defensive operation.

Ingress
+YutoRaion the specific times will be provided to the Vanguards.

Ingress
+Bryant Durrell "The Vanguards will receive classified intelligence from NIA researchers for their Faction's eyes only". Meaning ENL will only get ENL intel and RES will only get RES intel.

Ingress
+Snehal Ghone the entire phase is worth 1 or 2 points. The result is based on the cumulative per city success though. Meaning, whichever Faction has the majority wins the point(s).

Ingress
+Mat F. yes, we will be keeping an eye on things.