Edgar Allan Wright
2017/02/14
Excellent work. We should explore this along with the implication of sub-dominant traits that some Essexians have suggested. Secondary Archetypes we all might possess. 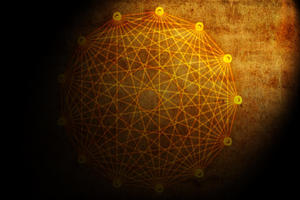 ESSEX INVESTIGATOR SHEDS LIGHT ON THE 13 ARCHETYPES
February 13, 2017 · by PAC · in Commentary

An excellent piece of community journalism, Investigator Ariel Diana (Arielsmurfeater) put together these theories about the 13 Archetypes identified in the NIA leak from some days ago...

I did some research into the traits of the different MAGNUS archetypes asked in H. Richard Loeb's post and thought I'd post a summary of each from what I've learned.

Alchemist
The Alchemist is a person who is able to create things or transforms an items or situation, in a mysterious or impressive way that can seem like magic to others. The alchemist, no matter what you call it (Magician, Wizard, Scientist, Inventor etc.) has a common trait that allows them to convert some form of matter into some form of an altered expression of itself. Some are able to get results that are outside the "normal", others are associated with having supernatural powers, transmuting base metals into gold, even spiritual transformation. Seduction and trickery to play upon the desires of people are also traits of the Alchemist archetype however it is considered a shadow (or dark) side of this archetype. Some shadow (or dark) Alchemists even go so far to use their ingenuity for criminal or unethical purposes, or can feel superior based on their higher intellect.

Catalyst
The Catalyst is a person who can motivate or push change through a protagonist or in the protagonist's world (this can include their world). A Catalyst can enjoy intentionally influencing others and seeing the beneficial change that comes as a result, can be considered excellent in times of strife or upheaval, their core remains unchanged from change-making, can be seen as charismatic, imaginative, clever, visionary, idealistic, mysterious, mystical or able to articulate ideals and complex reasoning simply to others. The Catalyst believes in the inter-connectivity of things and is spiritual, but can also have high (sometimes impossibly high) standards. a Catalyst can be a mentor, sidekick, a kick-butt karate master, revolutionary or a third character who can be sought out for advice.

Dreamer
A Dreamer is someone that can imagine different possibilities that are beyond the scope of someone individual life and can benefit all of society. The Dreamer can also be called Innocent, Naïve, Romantic, Mystic or even Utopian. Traits for the Dreamer include introspective, private, creative, highly idealistic, empathetic, compassionate, artistic, having a talent for language and writing, easygoing, selfless, adaptable, patient, and loyal. Depending on who you speak with the Dreamer can also be considered a prophet, or a seer, however in regards to Ingress, I imagine the Dreamer to be someone who likes to be themselves, constantly trying to do things correctly, has faith in himself, and is optimistic, seeking to dream what could be.

Explorer
The Explorer is generally seen as an action hero or Adventure hero however the Explorer speaks to all characters evolve that want to out, explore new learning opportunities, create new insights for our world, or explore ourselves and our sense of identity. Explorers are generally pure individualist that always seek the next horizon they look for freedom and adventure around every corner.

Humanist
The Humanist believes in all beings great and small. Using their knowledge and ability to analyze the world, they understand no one is perfect; however everyone has gifts that they can share with others. The Humanist has a tendency for self-reflection and searches out information and knowledge about the world around them. They struggle to find a balance between studying the details of a problem or situation forever (without acting to fix/correct the issue) and being able to connect with others and interact with society.

Interpreter
Since I wasn't able to find any other archetypes that could be used to help explain or define the Interpreter, I had to go with what the definition states. An Interpreter is a person who interprets, or translates, speech especially oral speech.

Listener
Since I wasn't able to find any other archetypes that could be used to help explain or define the Listener, I had to go with what the definition states. A Listener is a person who gives attention to another, particularly listening to audio sounds (speech, music, white noise, etc.).

Omniscient
Since I wasn't able to find any other archetypes that could be used to help explain or define the Omniscient, I had to go with what the definition states. An Omniscient is a person who is all knowing, having infinite awareness, understanding, and insight, or is possessed of universal or complete knowledge.

Patron
The Patron is a person who supports another person, institution, event, or organization. The Patron can also be a protector or someone who enjoys helping to shape or mentor people so the other person can become the very best they can. Patrons have a tendency to take a person or people under their care, seeing to their needs, their discipline and giving them the tools and knowledge they need to better themselves. Methods and practices vary but in the end the Patron tries to obtain a finished product that can become a credit to the Patron's name or namesake. Patrons have been known to turn in the IOUs owed to them by their charges at a later date or time. Do not fall into the notion that the Patron won't dole out any damage if the charge fails to fulfill the IOU that's owed to the Patron, because the Patron may not stop seeking revenge until they feel they have been paid back in full (ounce for ounce, pound for pound).

Skeptic
A Skeptic is someone that questions the validity or authenticity of anything that is considered factual. The Skeptic has been known to have a doubting attitude towards many things, like values, statements, religion, beliefs, a person's character, etc. The Skeptic may also feel that it is impossible to reach the level of real knowledge of any kind and may be seen as being pessimistic or exercise extreme caution before acting since they may not be as convinced as the rest of the group.

Spiritualist
The Spiritualist is someone that is seen as being caught between the material world and the supernatural world. The Spiritualist may be seen as a mystic or a healer but can also be thought to have powers gained from their connection to the supernatural world, may believe that the spirits of the dead can speak with the people who are alive and may advocate the philosophy that the spirit exists separate from matter.

Trickster
The Trickster can find the joy of humor in any situation, no matter how bad it might be. They seem to get away with anything they want. The Trickster can be either a human or non-human character that likes to play jokes or tricks on others, is made fun of or may be camouflaged as a demigod of any specific religion, they do not like to see others in sorrow or pain so the try to lighten those around them, they tend to have higher ideals than most would expect. In many cultures, though, especially among Native Americans, the Trickster can also be the Creator's helper or messenger. The Trickster might only be seen as being of a negative position, however the Trickster can often be a great ally by presenting you with alternatives to what is normally seen as the straight and narrow (and often boring) path.

Visionary
The Visionary is someone that sees things, ideas and situation that are outside the realms of what is considered normal. They tend to be open-minded, energetic, persuasive, adventurous, bold and self-assured. They can often be ignored by society, even though they are the ones that are responsible for bringing about change or progress.

*Addition: Here's a link to another set of archetype descriptions done as Tarot Cards by +Nabuna OS​: https://goo.gl/photos/coeF6a967wWMQt9n8

H. Richard Loeb
201702/14 15:45
An excellent piece of community journalism, Investigator Ariel Diana (Arielsmurfeater) put together these theories about the 13 Archetypes identified in the NIA leak from a few days ago...