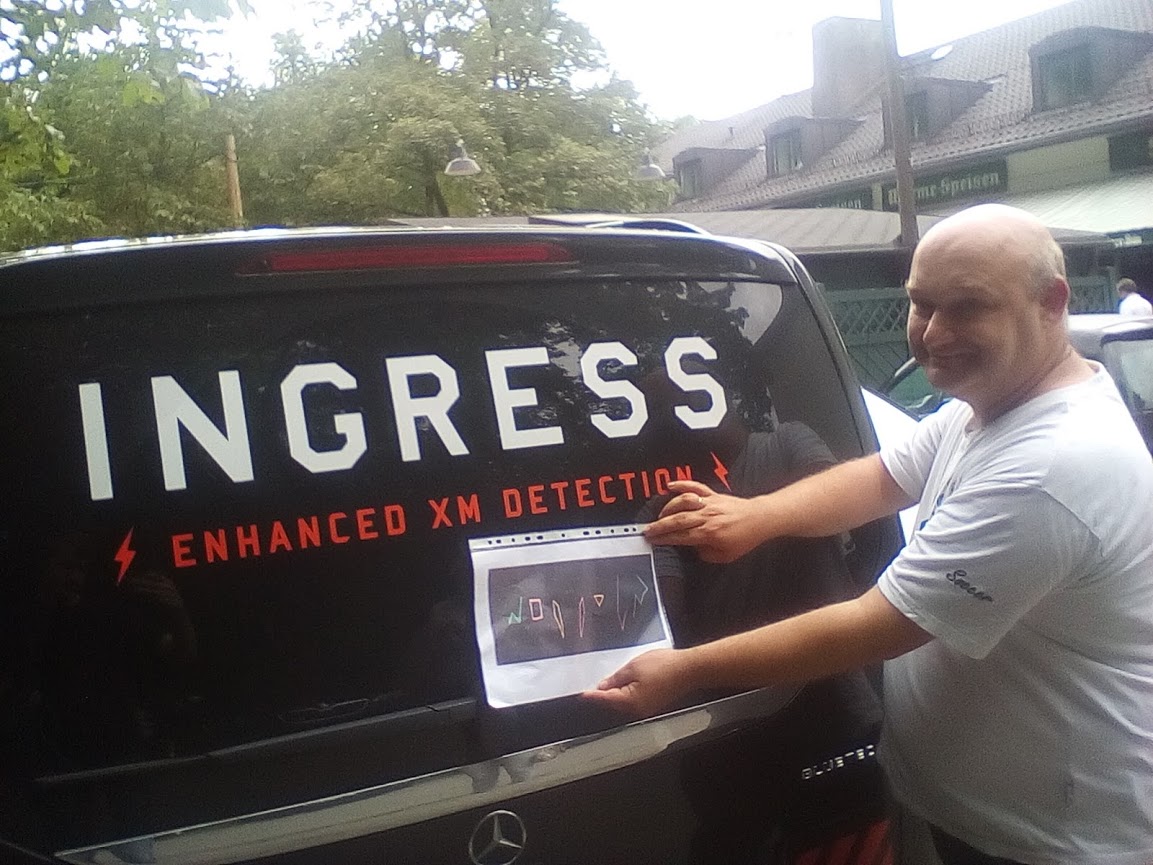 Until yesterday, I had interacted with XM only when I was at a portal. But when I heard that NLE was coming to Munich, I had to be there. Not only as a member of the #SaveKlue group, but also as a dedicated truth-seeker and I wanted to look out for signs of the New Wave.

Arriving at the meet-up, I decided to join the mixed-up group of Enlightened and Resistance agents first, making new acquaintances and renewing old ones. All of the time I kept looking out for changed agents or some with odd behaviour. But to my disappointment and Relief alike, I found none. Everybody was just having a real good time.

I then took the chance to speak to +Ethan Lepouttre​ and +Nadia Amro​ briefly. On behalf of +Achim S.​ I asked Ethan whether the three NL vehicles were somehow connected. Ethan replied that NLE and NL 1331 were somehow, while NL Prime was not. But since NL 1331 seems to be gone for now, no one can say how they're connected. Ethan also said that if NL 1331 was to appear somewhere now, they're in a sh..load of trouble. Don't know what to make of that, though.

When NLE arrived, I took the Save Klue - Glyphs and approached it. I held them onto the back window and asked a fellow agent to take a picture for me. As he did that, I felt a Tingle moving up my Arm and directly into my mind, where it resonated somehow. Surprised, I broke the connection. I took back my cell phone and wanted to start a serious investigation when a call called me back to my first life. Responding to its urgency, I abandoned all investigations at all and returned home.