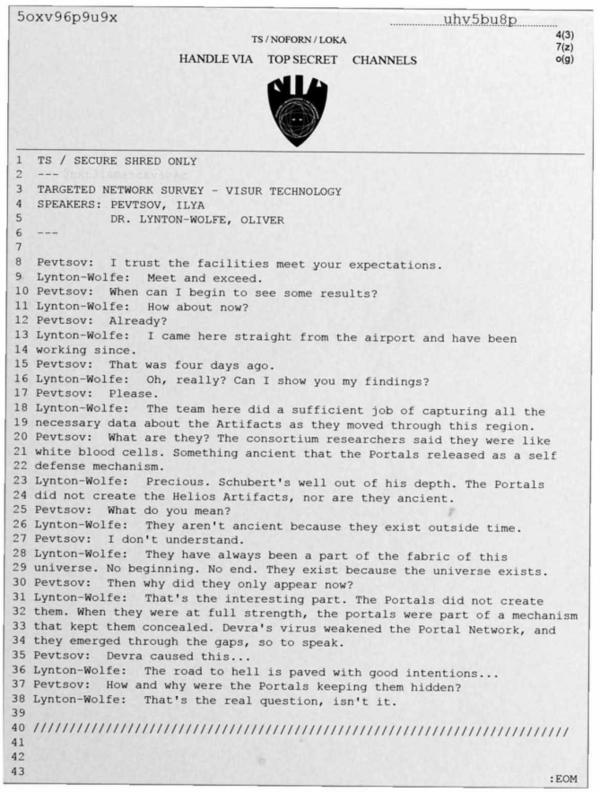 Niantic Project
2014/09/16 14:06:11(Google+)
The Question
+Oliver Lynton-Wolfe clears the sequence of hurdles that had been placed before him and begins his tenure at +Visur Technology.

Understandably, he was eager to begin working again, and has made fast work of uncovering the origin of the #Helios Artifacts, but his discoveries make the nature of the objects all the more enigmatic.

Why were the Portals keeping the #Helios Artifacts obscured?