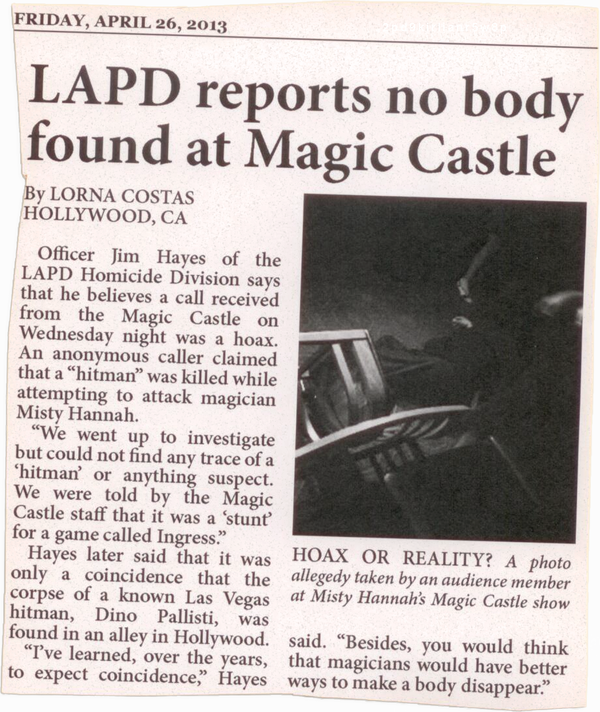 A newspaper article in a local Hollywood paper sheds further light on the incident at the Magic Castle last Wednesday.

Read it on the board at: http://www.nianticproject.com/?id=sc528a

Officer Jim Hayes of the LAPD Homicide Division says that he believes a call received from the Magic Castle on Wednesday night was a hoax. An anonymous caller claimed that a "hitman" was killed while attempting to attack magician Misty Hannah.
"We went up to investigate but could not find any trace of a 'hitman' or anything suspect. We were told by the Magic Castle staff that it was a 'stunt' for a game called Ingress."
Hayes later said that it was only a coincidence that the corpse of a known Las Vegas hitman, Dino Pallisti, was found in an alley in Hollywood.
"I've learned, over the years, to expect coincidence," Hayes said. "Besides, you would think that magicians would have better ways to make a body disappear."