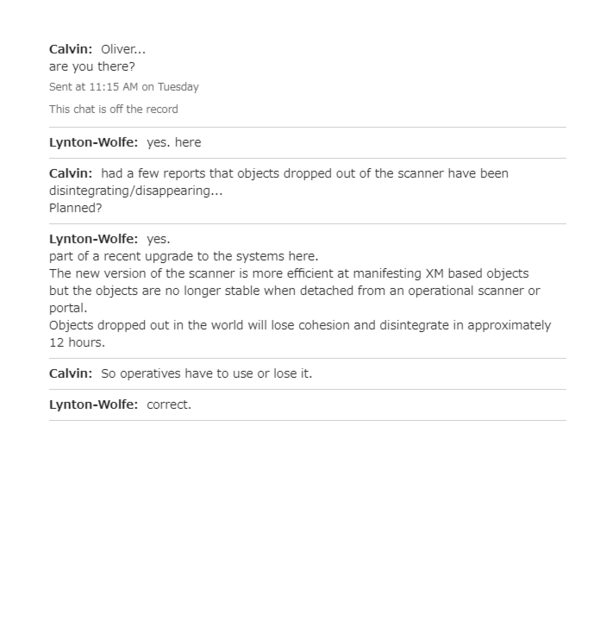 Transcript
Calvin: Oliver...
are you there?
Sent at 11:15 AM on Tuesday
This chat is off the record

Calvin: had a few reports that objects dropped out of the scanner have been disintegrating/disappearing...
Planned?

Lynton-Wolfe: yes.
part of a recent upgrade to the systems here.
The new version of the scanner is more efficient at manifesting XM based objects
but the objects are no longer stable when detached from an operational scanner or portal.
Objects dropped out in the world will lose cohesion and disintegrate in approximately 12 hours.

Calvin: So operatives have to use or lose it.