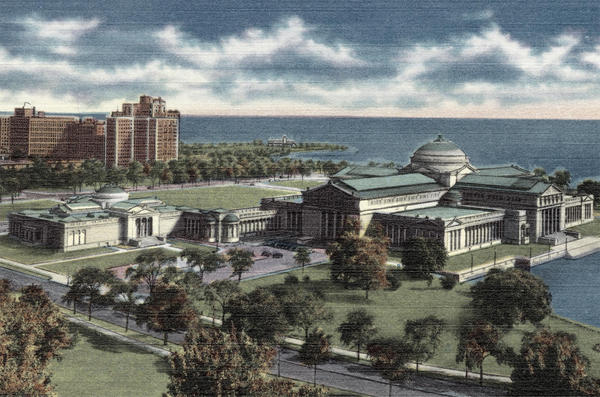 I mentioned yesterday that there were more than one excellent writeups about the #ChicagoRPE event, which were facilitated by Operation Essex researchers Relique and another individual.

Here is another incredibly detailed recollection of the event, by Agent Arielsmurfeater, and which includes links to further detailed recordings of the RPE as it unfolded that day.

Ariel Diana (Arielsmurfeater)
2018/02/24 07:00:18
Sorry it's been a while since The Chicago RPE took place but I did want to put out there what I've experienced during and after the RPE. First of all things have been picking up in relation to things I'm involved with both in RL and in regards to Ingress. There's been a lot of information provided that opened new opportunities to research and gain more knowledge (yes I know that sounds like a glyph sequence... I guess +Ishira Tsubasa is rubbing off on me).

Let me first say that I was not the only agent that was affected from participation in the RPE in Chicago, others might brush it off as side effects of traveling for any long distance. However knowing what I know about the higher concentration of XM in the area that the RPE was held (mainly due to the fact, there were two portals within range) as well as experiences I've had from participating in the Online RPEs, I doubt it was just the side effects of traveling.

One agent experienced higher creativity shortly after the RPE was finished, making me wonder if we have a new Patron in the making. Only thing I can say to that agent is to make sure you're not going so far into the XM that you end up losing who you are at the core, but this does not mean to completely stay away from XM, just be cautious. Another agent experienced a drain on their energy reserves, to the point the agent ended up falling into a deep sleep for a few hours once they had a chance to sit still and relax for more than a few minutes. To this agent I say, keep focused on the end goal and allow XM to flow through you and to help boost your creativity and learn to harness it and use it for your fuel in life, just always be mindful that most things that can be used as fuel has the possibly of backfiring and never let yourself risk not having a backup exit (or "Get out of jail free" card).

However my effects were a bit different than what I expected, yes I have had bouts of feeling a little physically drained after participating in Online RPEs so I was expecting that to be my only issue. Before the RPE started, I could almost feel the energy emanating from everyone that was there, and this increased my own excitement for the RPE. I of course was a bit nervous and anxious as some people usually are when meeting others for the first time no matter how many times you've spoken to them online. However, after meeting new and old friends that anxiousness went away and I had an amazing time.

During the RPE there was still a unique energy in the room and I feel that at the table I was sitting at, the four players and the Patron, were feeding off of each other's energy. I felt like there was an almost audible buzz from the energy at our table, and yes I could feel energy from the table behind me however that was something that wasn't at the forefront of my mind. I was focusing on what was happening at my table and trying to get what images I could and answer what questions I could for Essex without compromising the integrity of the RPE session.

However after we finished the RPE and the after conversations, I started feeling my energy was lower than what I was expecting, however instead of going back to the hotel where I was staying at and relaxing, I decided I would continue on to the after party that was being held. While I was there I noticed that even though there were no portals nearby, I could still see a concentration of XM in my scanner where the after party was being held at. At that time I thought it was interesting but nothing that set off any flags or warnings in my mind after all I've seen concentrations of XM in places where there were no portals.

When I finally made it back to the hotel it had been a good 5-6 hours after the RPE session ended. Now I do want to point out that the hotel I was staying at did not have a portal anywhere within range and there were very minimal amounts of ambient XM around. Shortly after arriving at the hotel I started feeling a bone deep cold and shivering, almost as if I was coming down with a fever but my temperature was normal. I even ended up having 3 blankets and a winter robe on over my outfit from earlier and was still cold. I ended up eating a little bit of food for a snack and making myself lay down for what I thought would be just a little bit before getting up and doing the mission banner I had planned, well it didn't work out like that. Once I laid back I would out and didn't wake up till late the following morning.

Recording of the Chicago RPE Session from February 10, 2018
https://www.youtube.com/playlist?list=PLNpPrnjxJZXpXNyBTubnYc6PDTrk3hn3p

Recording of the live stream of the Chicago RPE Session
https://www.twitch.tv/nia_rpe_taskforce/videos/all

H. Richard Loeb
2018/03/11 15:30:05
Here is another incredibly detailed recollection of the #ChicagoRPE, by Agent Arielsmurfeater.