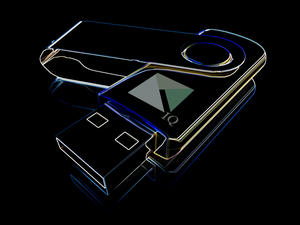 A contact forwarded this to me... it's from a small private wire service for heavyweight investors in East Asia. Make of it what you will...

If this is true, though, I doubt Lorazon left IQTech empty handed... he'd need something to sweeten the deal if he was looking for a soft landing...

BIZSCOOP WIRE: Bizscoop is able to report with a great deal of confidence that Mr. Avril Lorazon has jumped the IQTech ship and has reportedly joined Hulong Transglobal's Forward Research Division. Dr. Ezekiel Calvin is believed to be acting head of IQTech once again with this departure. "The relationship between Calvin and Lorazon has always been troubled," an industry insider said. "This comes as little surprise. I wouldn't expect much stock effect from this news given that IQTech has already taken a hit over events surrounding the NL1331 procurement deal with the NIA, which itself was rocked by the recent murder of their P. R. Guru Ken Owen."

Speaking on condition of anonymity, another industry veteran said, "Calvin needs to watch his back. Rumors are floating around that Akira Tsukasa is making a move for the big chair at IQTech citing her involvement in the NLPRIME project as her bona-fides. The irony is that Calvin initiated the project while heading The Niantic Project in 2011."
8ipw4qevqdgtev8m8f

Our Analyst's opinion: "The market is taking a 'wait and see' attitude towards Intelligence Industry Related Stocks after dealing them a bear hand while shake-up rumors abounded. Private Intelligence has been a reliable sector for nearly two decades, so nobody is expecting much friction, though recent events and rumors suggest that major players be watched closely.'