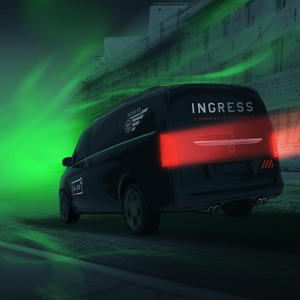 Came across this while browsing Operation: Essex... It's a detailed history of the November Lima program (specifically, its first project: NL-1331) from @MustafaSaid. Well-resourced and well-informed... Many thanks for putting this together, Mumu...

With the new revelations of the NL Program getting larger under the control of Akira Tsukasa, I figured I'd whip up a document with all relevant information regarding the program's history and variants up to this point.

Let's start with the origins of the program, shall we? I will be spoiling the contents of a Felicia Hajra Lee novel in this history so if you have not read Level 8, please do so before reading or read at your own risk.

The origins of the program began with the first XM Detection Vehicle, +November Lima. Its own history is...muddled at best so here's my personal timeline of events.
ad7f7678ae87967a7
d9a8986ab88ab96
July 15, 2013: the first signs of Corporate activity regarding the Niantic Project lab in Geneva began to surface as IQTech Research member Avril Lorazon authorizes a raid on the facility to capture +Stein Lightman, +Yuri Alaric Nagassaand +Martin Schubert who were trapped inside and under NIA control. Isabel Devitt is given full control of the strike team. The very next day, communications between Antoine Smith of Strategic Explorations and former Hulong Transglobal CEO Catherine Fan reveal that not only have they read the leaked conversation but that they are also planning their own counter-strike to gain the Researchers. On July 19th it is revealed that Henry Bowles is also trapped inside the lab. On July 26th+Hank Johnson reaches out to +Devra Bogdanovich in order to gain access into the lab.
3f00ff71a6d23d2b1fe1a
95ffcc200ecd540f0ead6
000000c72ffe5b492000
afada5efffaf0796878d73
b3ec2b280138808f88379
At some point between this period of time and the whisperings of Cassandra in early August, +Felicia Hajra-Lee's novel Level 8 takes place. In this novel, it is revealed that Johnson was granted access into the lab by Calvin but on the mission that he was to retrieve the body of the deceased +Roland Jarvis and send it over to the CDC for an unknown reason. Hank's documentation of November Lima is as follows here: https://plus.google.com/+HankJohnsonNomad/posts/d4qwZptfM6n

"His body was transported in a vehicle believed to be known now as +November Lima to the CDC. From there, my understanding is that the corpse was spirited away to an unknown destination.

There are conflicting theories as to whether the Roland Jarvis who appeared at 13MAGNUS was Jarvis reunited with his former body or... a simulacrum.

My suspicion is that his corpse is still extant at an unknown location (The Compound? Seems likely..). It is also known that 1331 (either because of the prolonged exposure to Jarvis' body or due to advanced XM technology in the van) has unknown and mysterious capabilities. If I had to guess, it's probably both. The NIA would have been quick to find a way to exploit the strange properties Jarvis' body imparted on the vehicle."

And exploit they did.

At some point long before the Niantic Project's closure, the NIA had begun to experiment with fusing XM technology and mobile vehicles. With the assistance of Akira Tsukasa and the introduction of a Japanese auto company named AUTOBACS, a specialized XMP was retrofitted onto a normal looking van and that van was given the codename "NL-1331". This same van was the one that Jarvis' body was put onto when it was transported to the CDC...which now makes sense. If the body was being chased after by hostile forces, what better way to protect it than with a weaponized method of transport?

Johnson believes that the exposure of Jarvis' body had manipulated the properties of the van and enhanced its abilities in ways no one had ever seen. Nonetheless, it was cleared for deployement at the Austin Recursion Anomaly. It carried out its duties for the NIA wonderfully...and then the unthinkable happened.

On April 2nd, 2014, November Lima was officially listed as missing by the NIA. It had simply vanished without a trace. Some took it to suspect that the XM Detection Vehicle had gone rogue from the NIA. As the days dragged on, more intel came to light that Niantic Labs, the so-called 'creators' of Ingress and the NIA had gotten into a fight over who was responsible for NL-1331. That struggle grew and grew until human lives were beginning to be lost(https://plus.google.com/+NianticProject/posts/QvzPQXjX9Lf). all the while the NIA remained unable to capture the van. Jay Phillips spent most of the year attempting and failing to regain control of it.

November Lima has remained a rogue operation to this day.

H. Richard Loeb
2017/09/05 13:36:26
Came across this while browsing Operation: Essex... It's a detailed history of the November Lima program (specifically, its first project: NL-1331) from @MustafaSaid. Well-resourced and well-informed... Many thanks for putting this together, Mumu...